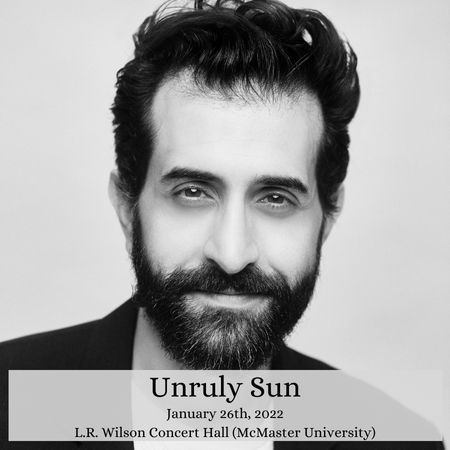 In 1986, not long after Derek Jarman was diagnosed with AIDS, the filmmaker and queer activist purchased a small fisherman’s shack in Dungeness on the southern coast of England. During this period, Jarman maintained a memoir of his experiences, creating a garden in a harsh environment, surviving AIDS, and looking back on his relationships, his art and his activism. It was published a few years later as Modern Nature.

Unruly Sun is a music-theater work featuring eighteen songs inspired by this memoir and created by Canadian composer Matthew Ricketts and famous American librettist, Marc Campbell whose operas have received both a Pulitzer Prize in Music and a GRAMMY Award.